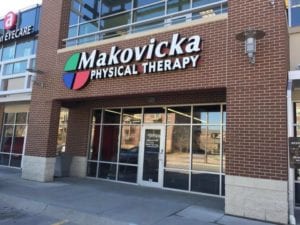 Kayla Ives PT, DPT: Kayla was born in Fargo, North Dakota and grew up in Grand Forks. She has a Bachelor of Science in Biology from Northern State University, and a Doctorate of Physical Therapy from University of North Dakota. She recently worked as in Colorado Springs as a Women’s Health physical therapist.

Gaby Vogel  PT, DPT, CEAS, CFCE: Gaby was born in Durango, Mexico, making her way to Nebraska after graduating from Dordt College in Sioux Center, Iowa. She attended Creighton University and received her Doctorate of Physical Therapy degree.  Gaby is certified as an Ergonomic Assessment Specialist and a Functional Capacity Evaluator. She is the Director of Occupational Health and works at the Aksarben Clinic.

Gregg Schlueter PT, DPT, ATC/L: Gregg grew up in Hastings, Nebraska. He attended University of Nebraska Lincoln, and graduated with a Bachelor of Science in Educational and Human Science. He then earned his Doctorate of Physical Therapy from UNMC. Gregg is a Certified Athletic Trainer, and a member of the APTA, Orthopedic section.  He is the Clinic Director of the West Omaha/Elkhorn clinic location.