Determining When to Return an Athlete to Sport Following ACL Injury 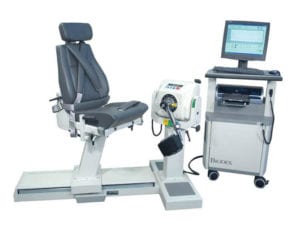 Determining when to return an athlete back to sport following anterior cruciate ligament (ACL) injury and reconstruction is one of the more challenging decisions for those in sports medicine. This topic has been meticulously-researched yet the decision is still mired in ambiguity from many interdependent, complex variables which can give rise to an increased risk of injury. The timing and decision making process in returning athletes to sport after ACL is highly important as to avoid re-injury and injury to the other limb. Evidence has established the greatest risk factor for sustaining an injury is having had a previous injury; and this holds true for ACL injuries. The incidence of ACL re-injury in the first year following ACL reconstruction (ACLR) is 15 times higher than those who have not had a previous injury with 25% of athletes suffering either a re-injury of the ACL or an ACL injury to the opposite knee (Patterno, 2012.) When extended to 24 months another study published in the American Journal of Sports Medicine demonstrated a 29.5% incidence of ACL injury to either limb following ACLR (Patterno, 2014.) The reason for the high re-injury rate is complex and multifactorial but proper rehabilitation and an evidence-based return-to-sport process is effective at significantly lowering this risk.

Historically, decision-making regarding rehabilitation and return-to-sport after ACLR was based on timelines after surgery. This rationale was established from basic science studies, largely done on animals, which demonstrated healing rates and vascular anatomy of the ACL graft with observation that the ACL graft goes through a healing response that initially weakens with ischemic necrosis before going through later healing stages (re-vascularization, cell proliferation, and graft remodeling) which greatly increases the graft’s strength. These studies alongside others demonstrating the strain placed upon the ACL with certain activities and exercises led to the highly conservative rehab programs of the 1970s. These conservative programs, oriented around a prolonged protective phase, resulted in very high complication rates during rehab of up to 40% with dysfunctions such as persistent weakness, functional deficits, and arthrofibrosis, or excess scar formation in the knee, which leads to joint stiffening. What was interesting is that those individuals who were non-compliant with their restrictions had significantly lower complication rates and better functional outcomes.

Those non-compliant patients allowed early weight bearing on the leg, terminated the use of the knee brace early, and engaged in functional tasks as soon as able. This spurred to a surge of scientific investigation comparing the traditional ACL rehab programs to “accelerated” ACL programs which attempted to re-establish ROM, strength, and function quickly after reconstruction. The evidence conclusive showed that complications were drastically lower in accelerated programs along with improved ROM, strength, and function without straining the ACL graft. Rehabilitation science continued to investigate the best and safest ways to rehab and prevent ACL injury. A large body of evidence is now used to guide medical doctors and doctors of physical therapy in safe and efficient return to sport. This evidence has also conclusively shown that we should no longer be guided simply by the traditional, timeline-based return to sport rationale of the past. Rather, we should be basing our decision upon the athlete’s readiness to return based on certain measurable characteristics of strength and function.

It is clear that the decision to return-to-sport should not be based solely on timelines, rather the ability of the athlete to achieve certain measurable criteria. However, many athletes are returning to sport before meeting these goals which helps explain high re-injury rates. For example a study published in the British Journal of Sports Medicine followed athletes for two years after returning to sport from an ACL reconstruction. Those who passed all of a collection of functional, criterion-based goals had a 5% re-injury rate as compared to 38% re-injury in those who did not pass each test (Grindem, 2016.) This study’s findings were corroborated by another paper by Kyritsis, et al. who similarly showed much higher rates (4x greater risk) of ACL re-injury in athletes returning to sport having not passed very similar functional criteria as those who did pass (Kyritsis, 2016.)

At Makovicka Physical Therapy, we implement these same criterion-based return-to-sport tests which include performances on multiple functional hop tests, drop landing form and performance, and importantly highly-accurate measures of strength symmetry using what is called an isokinetic dynamometer. Strength deficits are highly common in athletes after ACL injury and reconstruction and can persist for up to 2 years which correlate to the risk of re-injury and injury to the opposite limb. The problem is that these strength deficits are not accurately, nor easily, detected or quantified with standard measurement options such as with manual muscle testing and traditional resistance training equipment. Athletes are expert compensators and are often able to hide strength impairments at one joint with subtle activity changes at adjacent joints. This is why using an isokinetic dynamometer is critical in establishing when to return an athlete to sport. It is a specialized machine, typically only present in research institutions, which allows us to be highly confident in our ability to identify even subtle strength impairments. At Makovicka Physical Therapy we follow an evidence-based return to sport protocol allowing for the safe, confident return of athletes to sport.