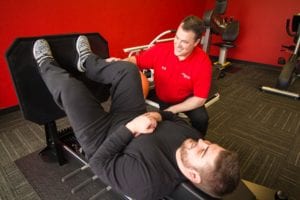 It is evident low back pain is a major debilitating problem for many people. Low back pain can affect a wide population range, be of varying severity and have many different causes and even unknown causes (Akhtar, Karimi, & Gilani, (2017). Some of the causes of back pain can range anywhere from muscle strains, bulging or herniated discs, stenosis, and arthritis to cancer or infection. Individuals may even have “non-specific low back pain”, which is described in a review of national guidelines as a diagnosis of exclusion, where pain caused by a suspected or confirmed serious pathology or presenting as a radicular syndrome has been ruled out (Akhtar et al., 2017).  In a 2019 study, Traeger, Buchbinder, Elshaug, Croft, & Maher note that the diagnosis of low back pain is the leading cause for years lived with disability globally. Different systematic reviews conducted in the past decade have raised significant concern over the role of exercise in the management of low back pain, with the scarcity of concrete evidence supporting any specific type of exercise (Akhtar et al., 2017)

Janke, Collins, & Kozak (2017) note that low back pain is among the most common chronic pain conditions and when left untreated, it increases the likelihood of significant personal suffering as well as economic consequences of the societal and individual levels. Low back pain is often a symptom rather than a discrete diagnosis and it can vary in intensity and severity of functional limitations. (Janke et al., 2017). Pain may be experienced in one position or many positions and may vary in intensity and interference over time (Janke et al., 2017). There are 3 stages of low back pain depending on the length of time the individual has been experiencing symptoms. The acute phase is defined as less than 6 weeks, subacute between 6 weeks and 3 months and anything over 3 months is considered chronic (Janke et al., 2017) Many patients recover rather quickly, however, LBP commonly follows a recurrent course, with exacerbations occurring over time (Janke et al., 2017).

It is important that we are implementing not only a temporary exercise program but a lifestyle change and dedication to their health and wellbeing for long, lasting results.
Rehabilitation following a diagnosis of non-specified low back pain can be influenced by many personal as well as social and economic factors and determinants. Risk factors for the presence and severity of LBP include sociodemographic factors, lifestyle factors and physical conditioning (Janke et al., 2017). There are also a growing number of research questions that ask whether excess body weight is a likely risk factor for LBP. There is an abundance of studies published in an attempt to address the relationship between LBP and overweight/obesity, however, there remains a lack of conclusive evidence clearly linking the two (Janke et al., 2017).